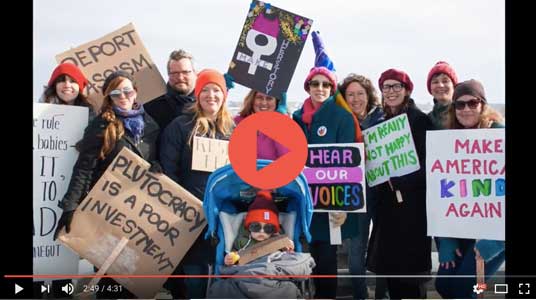 Following the release of her song “Pussy Grabs Back” on the album “Protest Songs” by Guy Capecelatro, musician Mara Flynn enlisted me to put together a video for the song. We collaborated on the creative direction and photo ideas, and Mara enlisted a graphic designer for the title card and ending credits. I produced and published the video, and advised on distribution strategy.