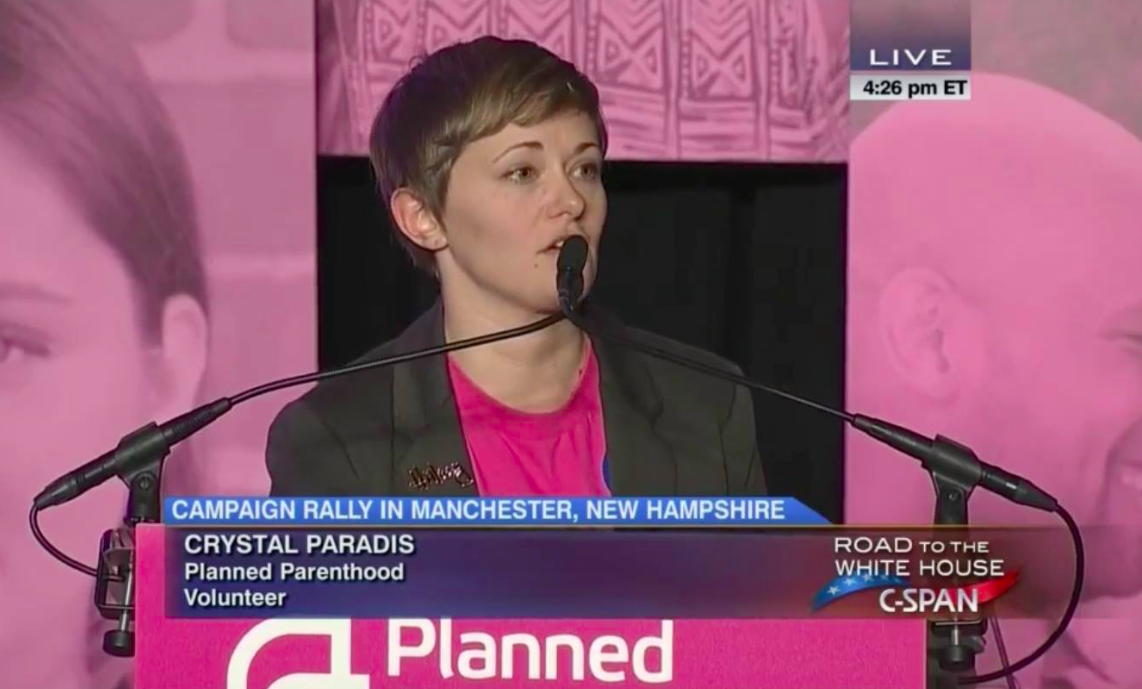 As an uninsured young woman, I was a patient of Planned Parenthood, and received excellent, critical healthcare and sex education. Because of this, I am an outspoken advocate of Planned Parenthood and the services they provide to women in across New Hampshire and the country.

I was honored and thrilled to introduce Cecile Richards and Hillary Clinton at a nationally-televised event in Manchester, NH, where Planned Parenthood Action Fund officially endorsed Hillary Clinton for President.

Warning: Illegal string offset 'count' in /home/femini62/public_html/crystalparadis.com/wp-content/plugins/instagram-slider-widget/includes/class-wis_instagram_slider.php on line 833
No images found!
Try some other hashtag or username