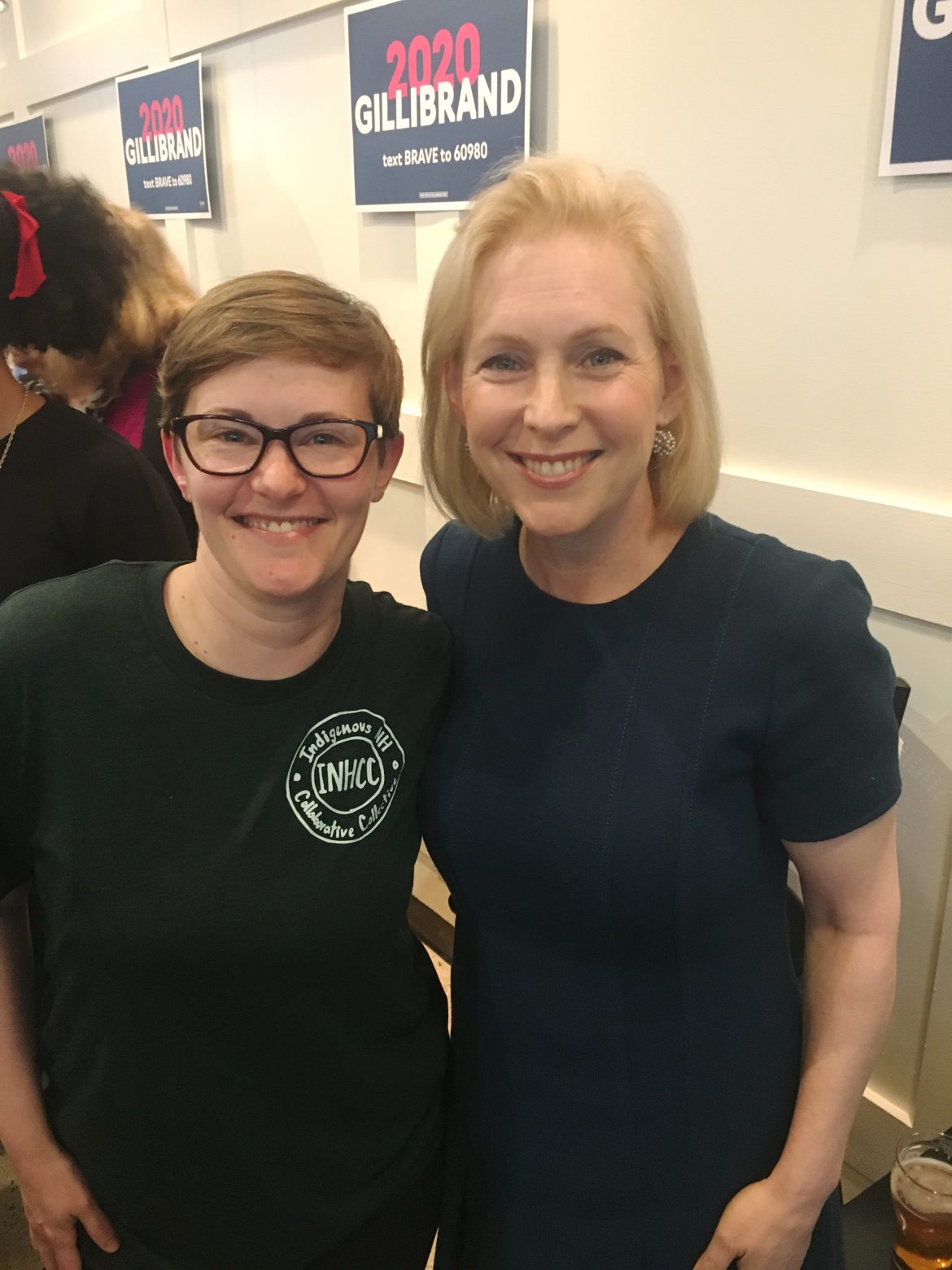 Crystal Paradis: Thank you for being the only presidential candidate that I’ve seen with a comprehensive plan on reproductive justice, but something that I haven’t seen talked about a lot and I have not yet seen a presidential candidate take significant leadership and courage on is indigenous rights. I’m part of a group called Indigenous New Hampshire Collaborative Collective and we’ve been asking candidates about indigenous sovereignty, what they will do to uphold tribal agreements with indigenous folks, and specifically if they will authorize funding for investigate of missing and murdered indigenous women.

Kirsten Gillibrand: One of my favorite people in the US Senate was Heidi Heitkamp, and this was her number one issue. And when she did not win her re-election, she said to me, “You have to take care of Indigenous women,” she asked me personally to be a champion for her on this issue. So I will. As President I will make it a national priority. I will make sure that our Indigenous peoples have access to resources. The poverty level in some of our communities is outrageously high, abuse of alcohol drugs is high, domestic violence is high, suicide is high, lack of mental health services — these are all urgent issues for a lot of our communities around different states.

So I will work to make sure our Indigenous peoples have rights to be protected but also to have the support services they actually need to thrive. And there’s a lot of ways to do that that aren’t being done.